Have I said that before? It sounds very familiar.  But it’s still true.

I know that other people who are single, google as well.  (Yes Google I’m using you as a verb.)  That has recently been confirmed to me from a single man.  A single man, who in fact googled me.

And he found it.  The something I’ve been dreading.  The something that comes up immediately upon a name search….on the first page. And the worst thing about it.  It’s a video.  A video completely inappropriate for viewing.  At least in my minds eye.  Because it’s embarrassing. And probably the cause of me still being single……and forced to change my name. 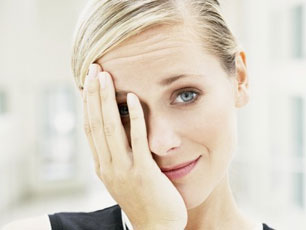 And if getting over that embarrassment wasn’t enough….

I also have Pinterest to thank. Didn’t I once blog about how Pinterest was an answer to prayer?  Maybe a revision is necessary.  And this is fresh…..as in less than 24 hours fresh .  My cheeks are still cooling off.  Imagine my horror when I’m scrolling down Pinterest seeing beautiful design, recipes, quotes, feeling all warm and fuzzy and than BOOM!!!  A picture of myself.  What?  Where? Who?  Expletive inserted here! Not only that…but it’s the worst picture of all time.  Even my brother admitted it.  He thinks its hilarious.  That’s the last time I do him a favor.  My face is as red as the Pinterest icon.  Maybe the video from google isn’t that embarrassing after all.

I never thought of myself as a girl who gets around.  But I’m rethinking about that in today’s world.

P.S.  Advice to the single man.  Keep your stalking to yourself.   It just makes you all that less creepy.  It’s the unspoken secret within the single world.  We must save face.  Google is a tool, not a megaphone!