Fact:  I’m divorced
Fact:  I’m a single mother
Fact:  I am no less valuable as a human being because of the two previous statements.

……and neither is my son.  Now how to teach a five year old that he isn’t defined by the actions of his parents is a whole new awareness I have.

The fact of the matter is that you are treated differently. You are labeled. Especially in the mormon culture of my pedigree.  It’s like I’m wearing a big scarlet letter on my chest (no this isn’t some admittance of guilt) or a yellow star as an identifying mark.  Fortunately I am stubborn. I won’t be defined by this label.  It was a decision I made to better my life and and the life of my future child. I was right.  However, with every decision it’s inevitable that the judgement comes. 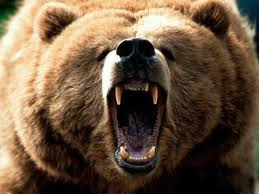 Recently my son was labeled as the kid whose parents were divorced. He knew that it was meant to make him feel bad but wasn’t quite sure why it should. The hardest part was that it came from a family member.  The people who are supposed to love us unconditionally – without judgement.

This is where mama bear roars.  Not at the little boy who desired to lessen the confidence of my son, but rather at life…at people…and at labels.  He is innocent, perfect and shouldn’t be defined as such.  Can I teach him his worth?  Can he shrug off this label as easily as I can?  Can he emotionally understand that the labels of others  have more to do with their own insecurities than that of reality?

A battle is brewing.  To win this ridiculous war and shed light on the issue. I will fight to the death to protect the worth of my child. Not just mine, but others as well.  Nothing will limit his knowledge of his own personal worth.

It all starts at home.